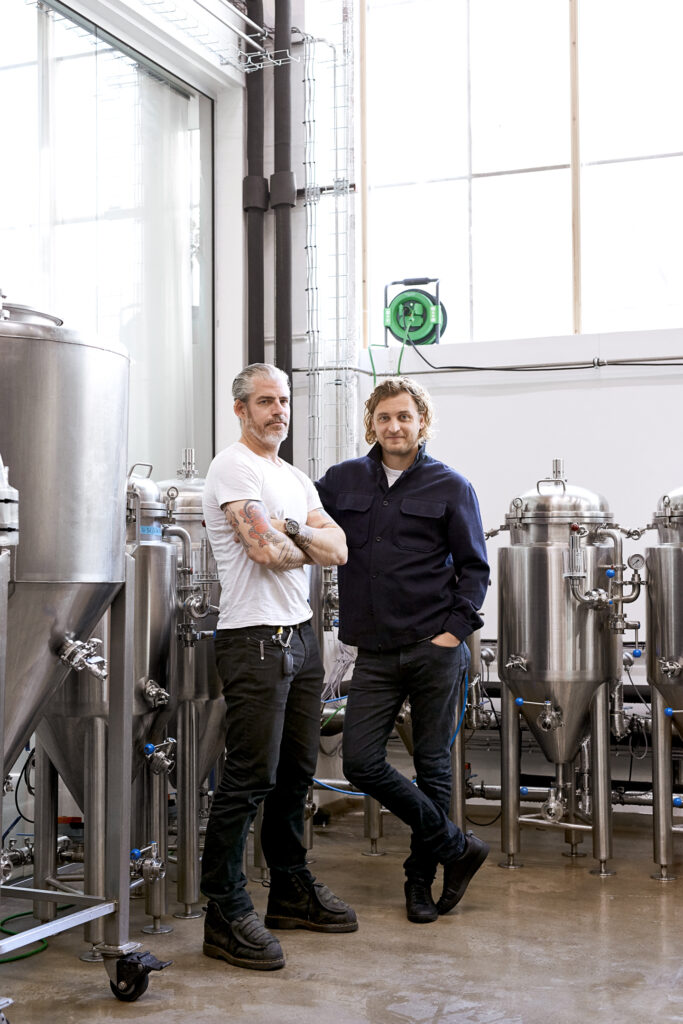 Empirical primary focus is to constantly explore and capture flavour, using methods of culinary and scientific innovation to develop and flavour their spirits. Founded by Lars Williams and Mark Emil Hermansen in 2017 in Copenhagen, two alumni of Noma.

Lars is a chef, having cooked at wd~50 in New York and The Fat Duck in London before landing at Noma in Copenhagen. There, he was responsible for running Noma’s test kitchen. His task was to reimagine the foundations of flavour through research and development, working on concepts that would lead to new dishes.

Mark Emil studied Social Anthropology at Oxford. After finishing his thesis on New Nordic food and identity, he started working at Noma and organised MAD, an annual symposium for sustainability in the food industry.

‘Empirical is a flavour company’

Lars and Mark Emil aspired to push further than a restaurant space and share the results of their research with the wider world. With all that in mind, Empirical was born.

They see spirits and distillation as the most ‘democratic process for capturing flavours’. One is able to preserve the essence of an ingredient indefinitely, allowing people around the world to taste them. High quality ingredients are sourced, their unique characteristics are captured by distilling at low temperatures, under vacuum, using a rotary evaporator.

This pioneering method of distillation is the favoured method of forward-thinking bartenders when it comes to capturing flavour. Distilling under vacuum ensures that nothing is lost, the process takes place in a closed loop. It also allows for the temperature to be much lower, meaning that nothing takes on a cooked flavour. Fresh ingredients will maintain their freshness indefinitely.